Oh man, I really need to get better about updating this thing! So much has happened since February! Let's see where do we start? 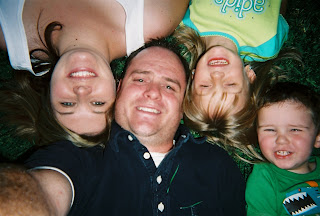 Well, things with Jonathan have been moving pretty smoothly lately. However, back in the middle of July he was having some unusual pain in his lower abdomen and on an eventful trip to the shoe store he was dropped to his knees in pain by simply sneezing. We took a trip to the emergency room and they told him it sounded like a hernia and suggested he see a surgeon. We made an appointment for Wednesday and Thursday morning Jon was in surgery. He recovered pretty quickly and looking back seems much easier than it probably was. He's back to work now, lifting and carrying on like his normal rock star self.

Our little Zoey is growing up before our very eyes! August 20th Zoey had her first day of Kindegarten. Her preschool teachers had suggested that she be enrolled in an all day class because they were afraid a normal Kindegarten cirriculum may not keep her intrest. So we enrolled her at Dos Rios Elementary in Mrs. Saers class. She was so excited on her first day and picked out her outfit all on her own. When we walked her in to her class she was ready to say goodbye. She pretty much just waved and went on her way. Jon had to go to work that day so when I picked her up she called him to tell her how her day was. She talked non-stop about all the fun things she did for almost 20 minutes before the call was dropped. She sure loves school! 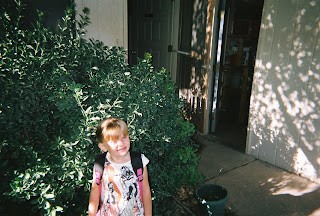 Gavin is nearly potty trained. When I say nearly, I mean he has pretty much got it down as long as he's in big boy underwear. If he has a pull-up on he just lets it go. It's been a long ride but we're pretty sure we can see the light at the end of the tunel. He was sad to see Zoey go to school. He misses her being at home all day long and always cries when we drop her off. He sure loves his big sister. 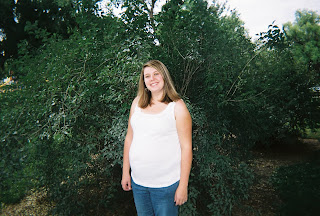 Well, most of you probably already know this, but we're getting ready to have another baby. We had an ultrasound in August and found out that we are expecting a little boy. We've played around with a few names but nothing is set in stone yet. I'm working part time for Dr. Adams' and training a few girls to help take over when I'm gone. I'm also thinking about being a troop leader for Zoey's Daisy Girl Scout troop. Just not quite sure how it will all work out when the baby is born.
That's pretty much it for now. We'll try to do better about keeping this updated. TTFN!