These last few weeks have been absolutely a whirlwind. I keep thinking "my life is going to slow down after ________" but then that event comes and goes and things are just moving even faster. Seriously. SLOW DOWN! I plan to blog all sorts of stuff but am waiting on some pictures and a few extra minutes to make it all happen. This post is dedicated to the tons of fun we had on the 4th  this year! Next year I totally plan to have a huge 3rd of July party with tons of cute snacks and stuff for the kids....but our plans had to change when the city of Fruita cancelled their fireworks display because of the fire danger. We still had fun!! I love the 4th of July!!! 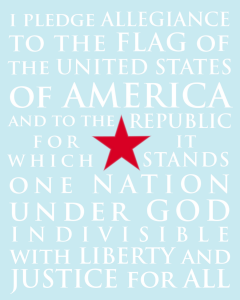 My sister and I started this tradition a few years back where we either make or buy t-shirts for the fourth of July. I REALLY wanted to make another Captain America Shirt for my boys this year but it was so challenging last time that we decided to go with something a little easier. (By the way, I've become totally obsessed with Captain America since I saw The Avengers. Husband is aware of this fascination....so we're okay.) ANYHOW, my sister and I decided that we would get together and make tie dye shirts for all 5 of our kids. It was so fun! I have never really tie dyed before...  I had to google and youtube videos (yes I just used Google and Youtube as verbs) just to figure out how to do it. I felt a little lame but I'm really glad I did. We got some pretty sweet tie dye shirts out of the deal. I got a little fancy with Gavin's shirt and I ended up pretty much hating it. Luckily, the shirt we made for Tanner ended up being HUGE. We had expected it to shrink and then it didn't... so I bought Tanner a new shirt, gave Gavin his old one, and made a new one for Tanner. Jon and I also made shirts but had to use different dye that didn't really match and our shirts were HUGE as we also expected them to shrink and they didn't. The kids looked super cute in their tie dye but the only picture I managed to capture was Gav showing off his new GJ Rockies hat that my parents bought him.


So our 4th of July was pretty low key considering our entire county (and most of the outlying counties) all had strict fire bans in place. This was the first year that I can ever remember Grand Junction not having a fireworks display. I've lived in GJ for 26 years now and even on the years where there was a fire ban they at least had a display at the stadium put on by the Fire Department. So instead of risking a $750 fine and a class 3 misdemeanor, we decided to get together for a (gas grill as charcoal grills have been banned) barbecue as a family and let the kids play in the water.  My sister spent the day filling up water balloons and the kiddie pool. We played this cool little game as a family where we drew a bluesy in the center of Jen's cul-de-sac. We each took turns standing in the middle of the bulls eye while the rest of the family hurled water balloons at us. The rules were the family could only throw one water balloon each and the person standing in the middle of the bulls eye couldn't move. Yeah... no one really followed the rules. By the time my Dad ended up joining us there was only one water balloon left. Jon was posted in the middle of the bulls eye and we were all trying to hit him. I guess my dad figured he only had one shot and he didn't dare miss, so he hurled the water balloon at my back. I was standing about 4 feet in front of him and had just launched my balloon at Jon. Didn't even see it coming!


So the kids played in the pool and water for awhile before it got too chili and we ended up heading home early. We were seriously home by 8:00pm. We popped Brother Bear into the ol' VCR and just had a chill night hanging out as a family. Not really how I imagined my 4th of July going this year but it was still good!
Posted by Kim at 3:50 PM