How exciting, it's our first little blog!!! I suppose a great way to start a blog is to tell everyone a little more about our family. I'm asuming that most would know the details of our family but for those of you who don't, here is almost everything you need to know about our "Happy Stanley Family".

Jon and I met each other in 2004 when both of us were working at Startek. We started out as friends, both of us involved in relationships at the time. Eventually our existing relationships were no longer and our friendship quickly evolved into a relationship. When we went on our first date I was introduced to little miss Zoey, his 9 month old daughter from his previous marriage. It was love at first sight! Jon had mentioned that Zoey was very teritorial and did not like to be held by people she wasn't very familiar with. To both of our surprise, during the movie we were watching, Zoey crawled out of her Dad's lap and into my arms where she fell asleep. From that point on, it felt like we were a little family. We dated for almost a year and on my 21st birthday, Jon asked me to be his wife. We were married on September 24, 2005 in Grand Junction, Colorado. 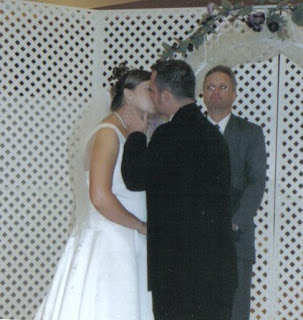 After a few months, we decided it was time to let our family grow and I became pregnant. I had a nearly perfect pregnancy. I was lucky enough to have no morning sickness and puking. The only thing I had to deal with was a little one who REFUSED to cooperate with the ultrasound machine, and some toxemia (sp??) at the very end of the pregnancy. It ended up being very special not knowing if we were having a boy or a girl because when I delievered, Jon was able to be the one who told me "Meet our beautiful son". Gavin Edward Stanley was born on October 23, 2006. 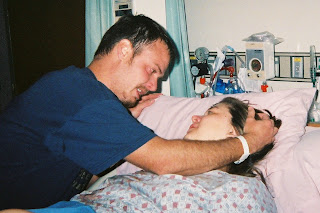 The last couple of years have really flown by quickly. Zoey is now five years old and loves to play dress up, babies, and color. She is all girl through and through. She loves to change her earrings to match her outfit, make her hair pretty, and paint her nails. She also LOVES going to preschool and is so excited to start Kindegarten in the fall. She is so beautiful and smart! 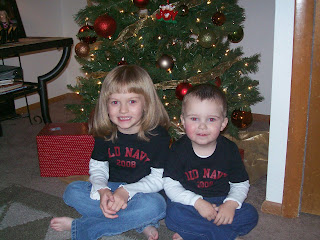 Gavin is now two years old and has given a new meaning to the phrase "terrible twos". LOL. Gavin has given us a run for our money this last year, keeping us on our toes and letting us know who's boss. I make it sound like he's awful, but he really is a sweet little boy. He loves to give hugs and kisses and cuddle time is the best part of his day! He is working really hard on potty training right now and LOVES to be called a big boy. Mommy and Daddy can't wait until we're out of diapers 100%!

Well, that's about it for now. This is a really long blog and I promise that it wont be this long in the future. We love you all!!!